Roman Abramovich has been disqualified as a Chelsea director by the Premier League board, while Hyun

Roman Abramovich has been disqualified as a Chelsea director by the Premier League board, while Hyundai became the latest major sponsor to suspend their deal with the troubled club after the British government sanctioned the Russian billionaire.

Chelsea owner Abramovich was one of seven more oligarchs sanctioned this week by the UK following Russia’s invasion of Ukraine.

The European champions have been placed under tough restrictions due to the sanctions on Abramovich.

Chelsea are unable to sign players, renew contracts or sell tickets to matches, with limits on the amount of money they are allowed to spend on travel to away games.

Now Premier League chiefs have taken action against Abramovich, who is described by the government as part of Russian President Vladimir Putin’s inner circle despite his denials of any association.

“Following the imposition of sanctions by the UK Government, the Premier League board has disqualified Roman Abramovich as a director of Chelsea Football Club,” a Premier League statement said on Saturday.

“The board’s decision does not impact on the club’s ability to train and play its fixtures, as set out under the terms of a licence issued by the Government, which expires on May 31 2022.”

Chelsea are already feeling the impact of the sanctions, with shirt sponsor Three suspending its £40 million deal.

Hyundai, Chelsea’s sleeve sponsor, have become the second company to suspend their relationship with the club.

The South Korean car manufacturer had been Chelsea’s “official global automotive partner” since 2018.

“Hyundai has become one of the strongest partners in football over the years and the company supports the sport to be a force for good,” a Hyundai statement said on Saturday.

“Through our partnership with Chelsea FC, we are proud supporters of the players, the fans and grassroots football.

“However, in the current circumstances, we have taken the decision to suspend our marketing and communication activities with the club until further notice.”

Chelsea’s official training wear partner Trivago said Friday that it was sticking with the club despite the “challenging” situation.

Abramovich had already announced his intention to sell Chelsea, with a host of potential buyers declaring their interest in a club that have won 19 major trophies since he bought the side in 2003.

The government is still open to a sale but would have to approve a new licence, on the proviso no profit would go to the Russian, who has bankrolled the club to the tune of around £1.5 billion ($2 billion).

Chelsea reportedly saw several credit cards temporarily frozen on Friday while they negotiate the terms of their special operating licence with the government.

The Premier League’s decision to disqualify Abramovich is unlikely to have any major impact given the sale process was already under way.

The Raine Group, instructed by Abramovich to handle the sale, is believed to have completed checks, allowing potential buyers to press on with their negotiations.

British property tycoon Nick Candy has confirmed his strong interest in buying the Blues and is in the process of building a consortium.

LA Dodgers co-owner Todd Boehly and Swiss tycoon Hansjorg Wyss are said to have made a joint bid.

There was some positive news for the club on Saturday, with the operating licence reportedly amended to allow up to £900,000 to be spent per home match.

Thomas Tuchel’s side will aim to block out the off-field turmoil when they host Newcastle on Sunday looking to cement their hold on third place in the Premier League.

In Montenegro meanwhile, Abramovich’s 140-metre-long (460-foot-long) superyacht Solaris was spotted arriving at the Porto Montenegro marina, having left the Spanish Mediterranean port of Barcelona on Tuesday. 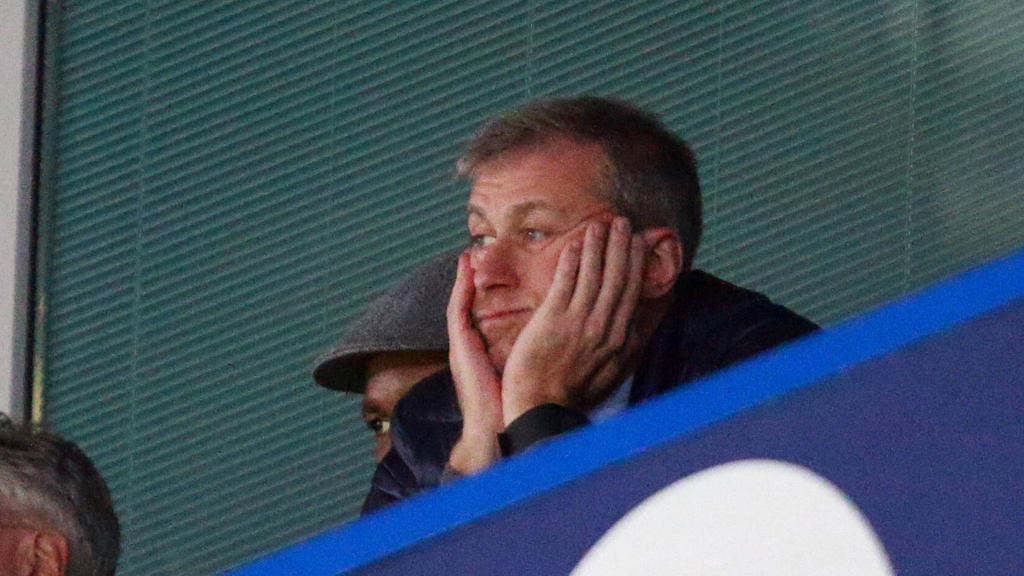