Tottenham’s new forward Richarlison will miss the first game of the Premier League season after being banned for celebrating a goal by throwing a smoke flare while playing for Everton last season.

Richarlison sealed a £60 million ($71 million) move to Tottenham last week, but the Brazilian will have to wait for his first top-flight match in a Tottenham shirt.

The 25-year-old scored Everton’s goal in a 1-0 win against Chelsea on May 1 and reacted by picking up a flare which had been thrown on the pitch before launching it into the Goodison Park stands.

The victory was an important step in Everton’s successful battle to avoid relegation.

But Richarlison, who agreed a five-year contract with Tottenham, admitted to improper conduct after being charged by the Football Association on June 1.

The governing body announced on Tuesday that Richarlison will be banned for one match and fined £25,000.

“An independent regulatory commission has suspended Richarlison de Andrade for one match and fined him £25,000 following a breach of FA Rule E3 that took place during a Premier League game on Sunday, May 1, 2022,” FA statement said.

“The Tottenham Hotspur FC forward admitted his conduct while playing for Everton during the 46th minute of this game against Chelsea FC was improper, and his sanction was imposed during a subsequent hearing.” 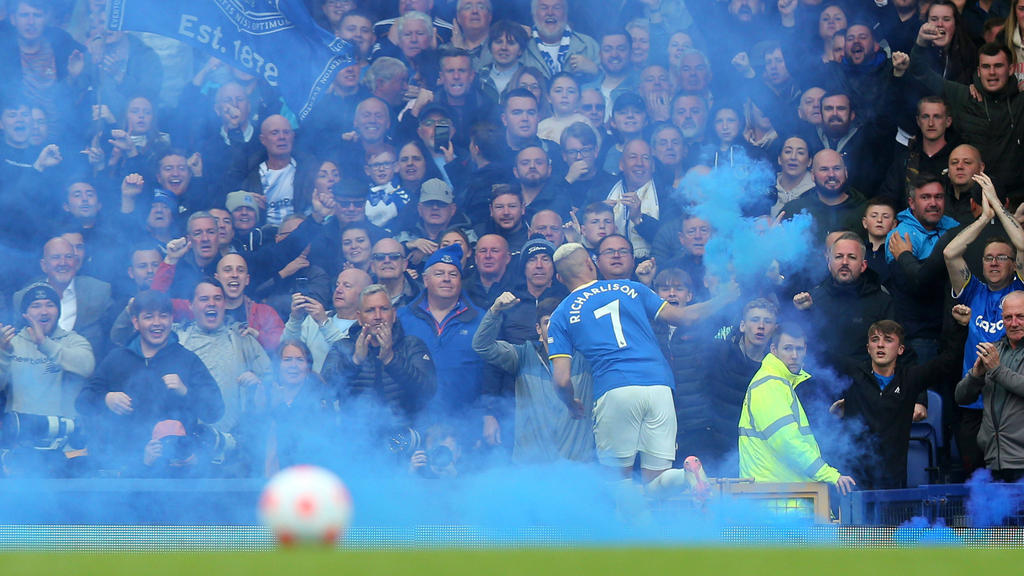